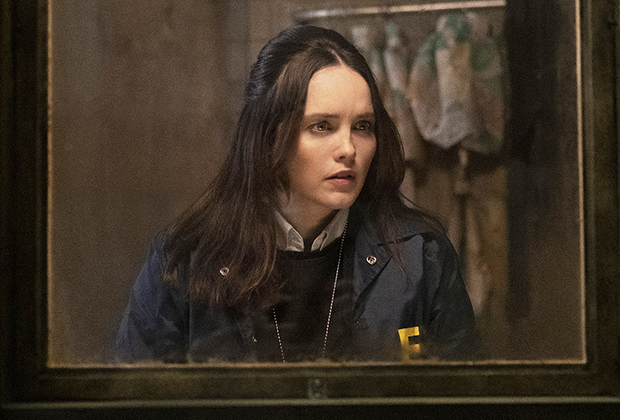 Prepare to settle in with a nice Chianti and fresh episodes of Clarice in the new year: CBS’ Silence of the Lambs sequel will premiere on Thursday, Feb. 11 at 10/9c, the network announced Tuesday.

Starring Rebecca Breeds (The Originals) in the title role, Clarice will take place one year after the events of The Silence of the Lambs, telling the untold personal story of FBI Agent Clarice Starling as she returns to the field in 1993. Though she is described as brilliant and vulnerable, “Clarice’s bravery gives her an inner light that draws monsters and madmen to her,” the logline teases, and “her complex psychological makeup… empowers her to begin to find her voice while working in a man’s world, as well as escape the family secrets that have haunted her throughout her life.”

Additionally, CBS has set a Season 2 premiere date for competition series Tough as Nails, which will be back on Wednesday, Feb. 10 at 8/7c. Created and hosted by The Amazing Race‘s Phil Keoghan, Tough as Nails tests its competitors’ strength, endurance, agility and mental toughness in various challenges until one contestant is left standing.

“All eyes will be on CBS for three consecutive Sundays in early 2021 with the broadcasts of the AFC Championship Game, the Grammy Awards and Super Bowl LV,” said Thom Sherman, CBS Entertainment’s senior executive vice president of programming. “These powerhouse events provide us with the perfect platforms to promote the February debuts of our captivating new drama, Clarice, and the return of the positive and heartfelt Tough as Nails, which had a very successful first season run that resonated with viewers over the summer.”

As announced earlier this month, CBS’ reboot of The Equalizer, starring Queen Latifah, will premiere after the network’s Super Bowl LV telecast on Sunday, Feb. 7. A special edition of The Late Show With Stephen Colbert will follow.

Watch a new teaser for Clarice above, then drop a comment with your early thoughts!