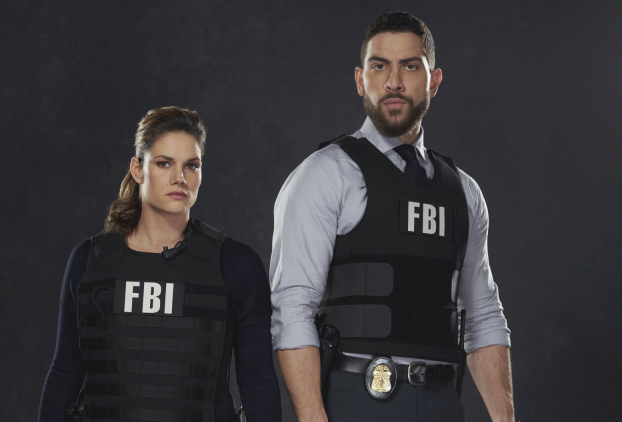 With both FBI and FBI: Most Wanted returning for new seasons this Tuesday night, TVLine sought out answers to many reader questions about the CBS procedurals.

In the mothership’s Season 3 premiere (airing tonight at 9/8c), the team welcomes a new member, Special Agent Tiffany Wallace (played by Katherine Renee Turner), as they search for killers who orchestrated a mass shooting at a media company, while OA’s personal connection with the case threatens to cloud his judgement.

Then at 10 pm, in FBI: Most Wanted‘s sophomore opener, with COVID devastating the country, two gunmen take out their desperation and rage on the elite class they perceive to be oppressing them. Also, Jess’ father (Lost‘s Terry O’Quinn) returns to his son’s life.

But wait, there is so much more to be known about the seasons ahead! Read on for FBI intel, then click over to Page 2 to get the scoop on Most Wanted.

How far into the new season will we learn more about Maggie’s undercover mission? –Chloe
RICK EID, Executive Producer | Maggie returns very much ready to start a new chapter. She’s not eager to share much about her time undercover, not even with OA. But some details will be revealed in this week’s premiere.

Will things be any different between OA and Maggie because of her prolonged absence? –Tala
EID | When Maggie returns to 26 Fed, she’s ready to hit the ground running. As partners, OA and Maggie are a click “off” at first, but eventually fall back into a comfortable rhythm as time progresses. OA also senses that Maggie is hiding something from him, making things even more complicated.

What episode are you most excited for fans to see? –Katie
EID | All of them. But if I had to pick one… I’d say Episode 3 is especially exciting. Let’s just say it involves a ticking clock… inside 26 Fed.

What was the hardest scene to film so far in this upcoming season? –Cleekers
JEREMY SISTO, who plays Special Agent Jubal Valentine | The hardest scene for me to film so far this season was a scene I had to do with Jubal’s ex-partner (Patriot‘s Kathleen Munroe) for the second episode. In the scene, we reconnect because Jubal is questioning a case that they worked back when they were partners, when Jubal was still in the throes of alcohol addiction and his marriage was collapsing. It was not something that she wants to hear, so it was a complex scene with a lot of emotions and competing objectives.
ZEEKO ZAKI, who plays Special Agent ‘OA’ Zidan | The most difficult scene for me to film in the premiere episode was the hostage negotiation moment because there have been so many legendary performances of that scenario in movies and television since the beginning of entertainment. There was a responsibility to do it differently and get it right; Finding that was exciting and challenging.

NOW CLICK TO PAGE 2 FOR FBI: MOST WANTED INTEL!